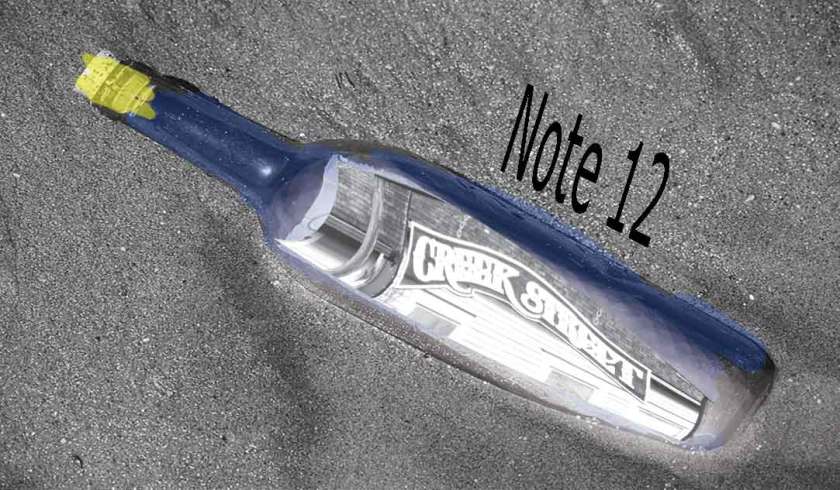 The sauce of anger helped Dabs repacked his backpack,  re-stuff

every bill into his pocket and throw a good pout.

“No” was a good word indeed.

Dabs   sat with the last page of the contract.  He smiled because he knew his signature was so messy it could be anybody’s.   This time would be the last time he ran from a biting situation, yipping with his tail tucked in safety.  Of course he said that after the last complication he vacated, but the combination of dog piss and bacon forced him to realize he didn’t belong here. They didn’t need him anyway; Noodle could do it one-handed.  Thus, Dabs began another letter of apology.

I hope hat sales are hopping.  I have assessed the situation here at the café and find Noodle to be a capable, a multi-task oriented employee.  I have delegated the managerial role to him because the winds of change have called me away.

A poetic moment had inspired him to write the last bit about the winds of change.  He liked it so much he left it in even though it was not the professionalism his mother would expect.  Reading the letter several times the words ran off his tongue, until they sounded true.  Satisfied he looped his signature in long strokes and quelled an artistic squiggle with the Bic pen.  The blue ink lacked the necessary flair and so Dabs colored in the thin areas.  Sitting back he examined his work. The blotchy mess screamed armature, so he tried again with a new page.  Still using the only pen he had, the lines drew the same picture. As the afternoon sun-baked the room to a comfortable temperature, it vaporized Dabs, forcing him to quit and surrender into a nap on the couch.